Perm is a very charming city. A mix of different styles and times:
18th century isbas – wood houses, sometimes sit on a rock ground floor.
19th century old mansions who belonged to merchants, banned by the communists, recently renovated.
20th century brick factories and buildings, ruins where some people leave.
A lot of trees, a lot of street art, a lot of tramways, not many people.
Basically, the city seems oversized for the number of inhabitants in counts. How is it possible to renovate so many blocks ? I guess it is not. And it’s not gonna be. From a tourist perspective though, it offers a never ending frame for pictures, walks, and meditation on History’ cycles… 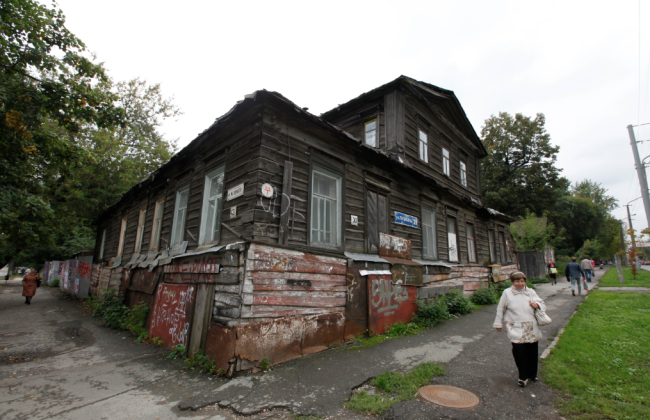