The Ulu Watu temple, in south Bali, overhangs an amazing cliff and famous surf spot.
Built in the 11th century, it is indeed a sea temple, meant to protect Bali from evil spirits.

The island is home to most of Indonesia’s Hindu minority – the rest of Indonesia being mostly Muslim. When Islam surpassed Hinduism in Java (16th century), Bali became a refuge for many Hindus.

Balinese Hinduism is formed as a combination of existing local beliefs and Hindu influences from mainland Southeast Asia and South Asia.

An amalgam in which gods and demigods are worshipped together with Buddhist heroes, the spirits of ancestors, indigenous agricultural deities and sacred places.

Religion as it is practiced in Bali is a composite belief system that embraces not only theology, philosophy, and mythology, but ancestor worship, animism and magic. It pervades nearly every aspect of traditional life.

Caste is observed, though less strictly than in India. 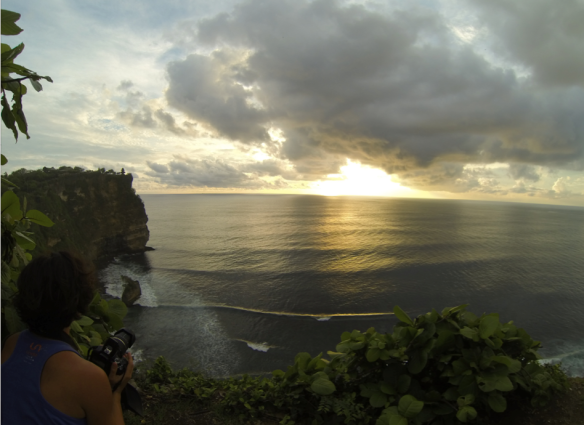 We had a walk along the cliff, and all around us were monkeys.

One of them got a wild idea : stealing my glasses !!!
We jumped behind my back, and removed them by catching the right stick…

I thought I would never see them again…
But here they are ! 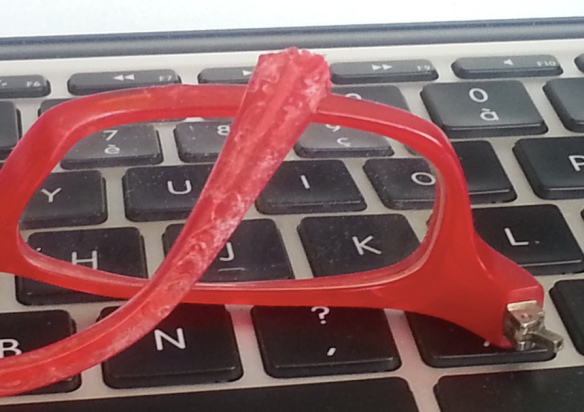 Good news because I cannot count on my sunglasses neither: for some reason the glass started to melt in Korea. Two months later, it turned into a blur magma.