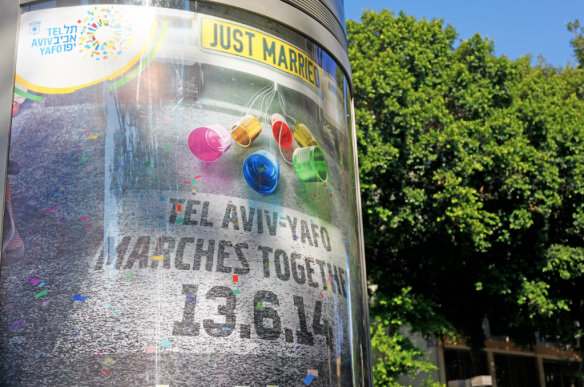 The city has emerged as one of the world’s most gay-friendly travel destinations in recent years, in sharp contrast to the rest of the region. 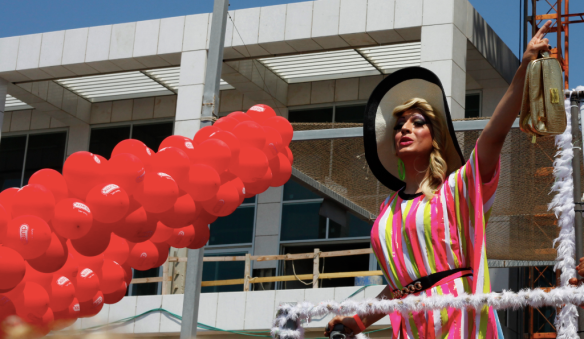 Drag queens wearing heavy makeup, dresses with sequins and high heels bounced along to the music alongside scantily clad men and women. 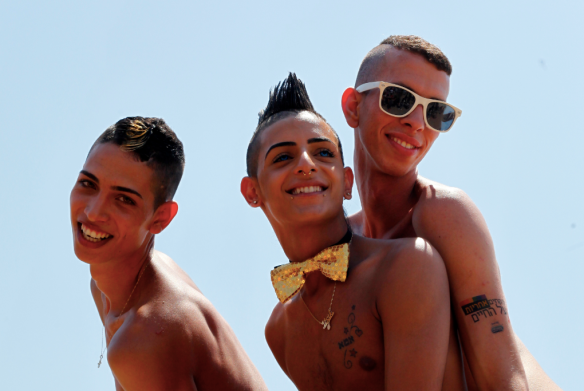 Officially, there is no gay marriage in Israel, primarily because there is no civil marriage of any kind. All Jewish weddings must be conducted through the Jewish rabbinate, which considers homosexuality a sin and a violation of Jewish law.

But the state recognizes same-sex couples who marry abroad.

Among most Palestinians, gays tend to be secretive about their social lives. In the West Bank, a 1951 Jordanian law banning homosexual acts remains in effect, as does a ban in Gaza passed by British authorities in 1936.

Tel Aviv’s openness to gays stands in contrast to conservative Jerusalem, just a short drive away, home to some of the holiest sites to Judaism, Christianity and Islam… You will see tomorrow… But before, that :