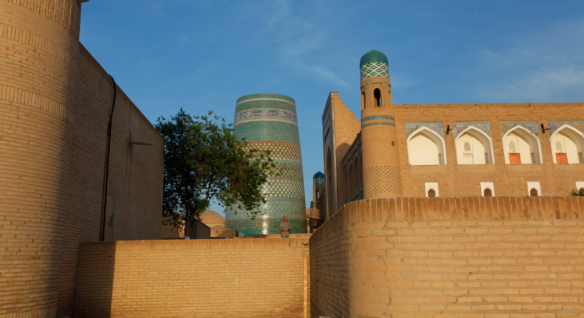 Samarkand-Bukhara-Khiva. This is the traditional cultural tryptic of a successful cultural tour of Uzbekistan !
I’ve loved Samarkand for its extremely impressive monuments. Though, the city is huge and monuments far from each other. The atmosphere of the city is like a random Central Asia town, nothing special… I’ve like Bukhara, smaller, but extremely crowded with tourists… I’ve loved Khiva. Smaller, more cosy. 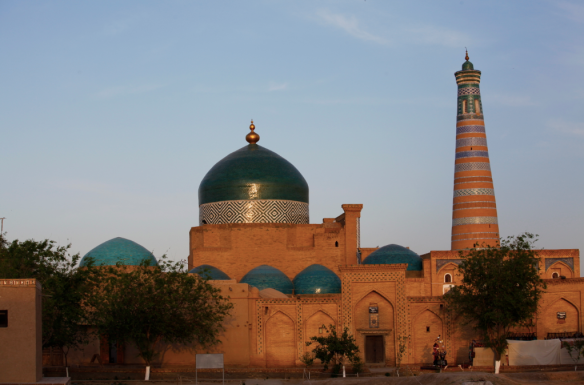 The historic heart of Khiva, unlike that of other Central Asian cities, is preserved in its entirety. As a result of a Soviet conservation program in the 1970s and ’80s, it’s now an official ‘city-museum’, encapsulated behind its walls… 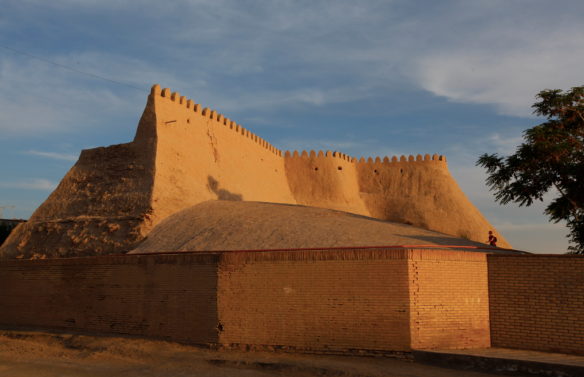 “Khiva is at its best by night when the moonlit silhouettes of the tilting columns and medressas, viewed from twisting alleyways, work their magic”, states the Lonely Planet. I couldn’t agree more. 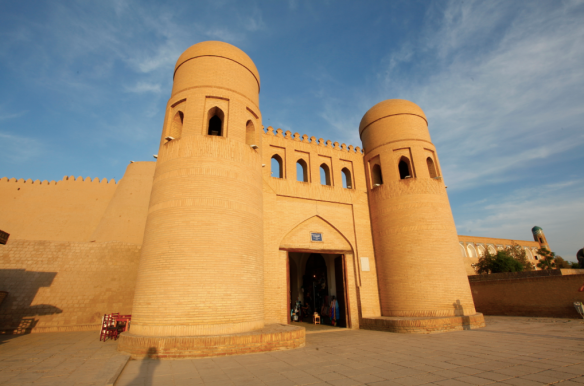 Khiva certainly existed by the 8th century as a minor fort and trading post on a side branch of the Silk Road, but while Khorezm prospered on and off from the 10th to the 14th centuries, its capital was at Old Urgench, and Khiva remained a bit player. 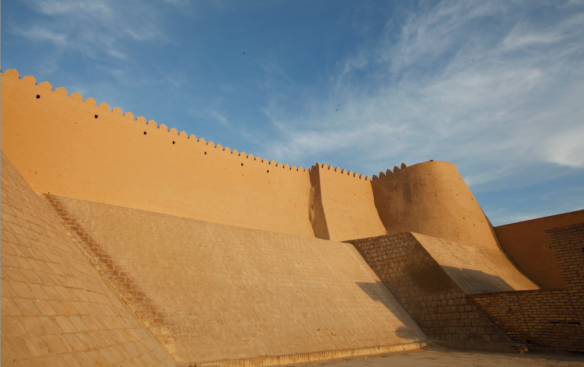 t wasn’t until well after Konye-Urgench had been finished off by Timur that Khiva’s time came. When the Uzbek Shaybanids moved into the decaying Timurid empire in the early 16th century, one branch founded a state in Khorezm and made Khiva their capital in 1592. 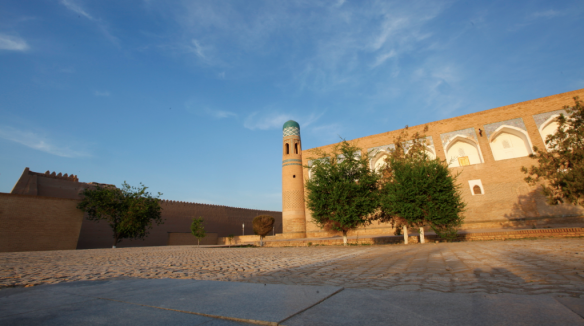 The town ran a busy slave market that was to shape the destiny of the khanate, as the Khiva state was known, for more than three centuries. Most slaves were brought by Turk- men tribesmen from the Karakum desert or Kazakh tribes of the steppes, who raided those unlucky enough to live or travel nearby. 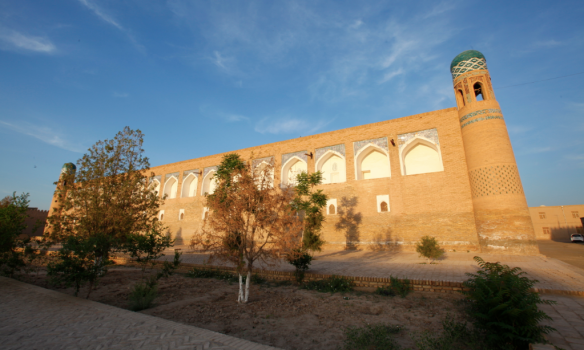 To keep both of these tribes away from its own door, Khiva eventually resorted to an alliance with the Turkmen against the Kazakhs, grant- ing them land and money in return. 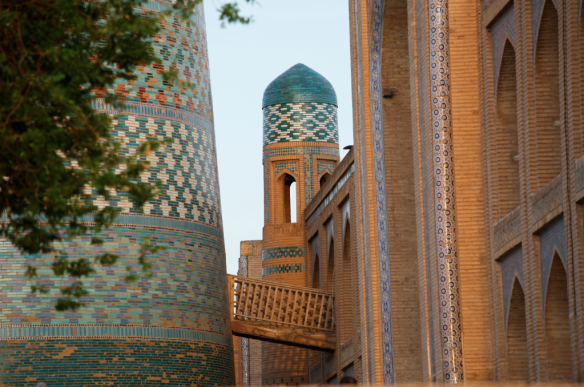 Do you know who is this man below ? Abu Abdullah Muhammad Ibn Musa Al-Khawarizmi. Who the hell is that ? 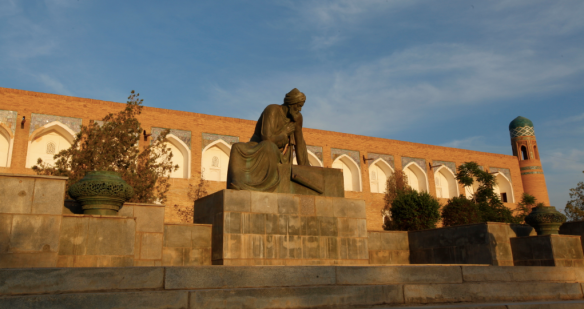 Well, in Latin, his name became  Al-Khwarizmi… Say it loud. It turns into : Algorithm !!! 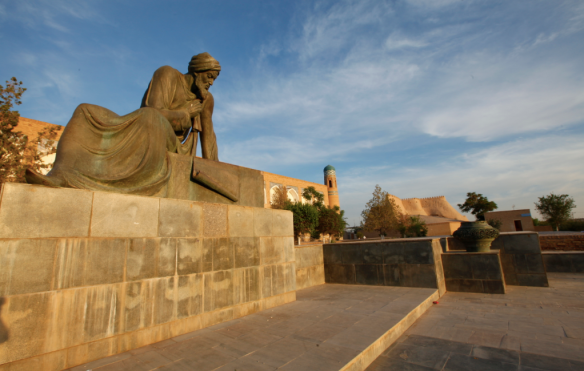 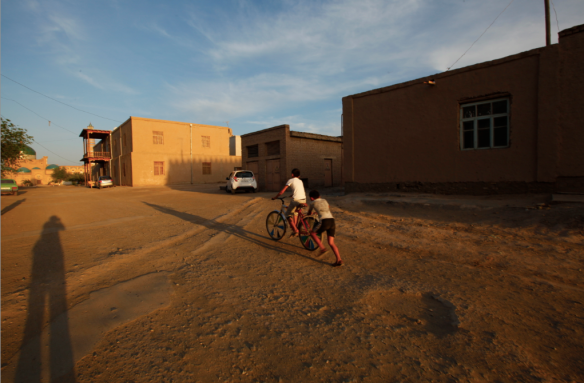 As I was taking pictures of Khiva under the sunset lights, some kids were enjoying the last school day of the year. Meanwhile, some others where helping their parents in sorting out different items that tourists might buy an other day… 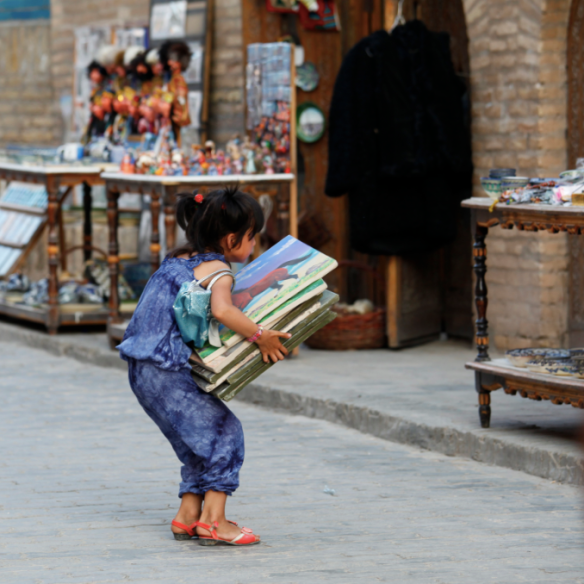 Among them, puppets. The tradition of puppet theater in Uzbekistan dates back to the VI-IV centuries BC, to the reign of the Achaemenids. However, it was not until the XIV century, in the reign of Timur and Timurid, when the puppet theater obtained wide acceptance. Especially popular over the course of history were the fantoccini and glove puppets. Even today puppet performances are represented in theater arts of Uzbekistan. 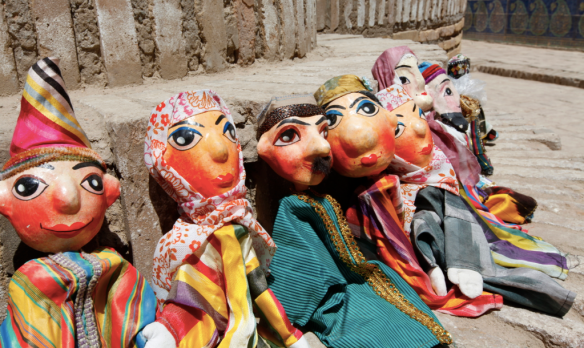 Among the contemporary puppet theaters of Uzbekistan, the State Puppet Theatre of Khorezm region, located in Khiva, differs with its special coloring. This is the only puppet theater in Uzbekistan, where one can still feel the spirit of the medieval bazaar performances: the theatrical, puppets, plots, style of live action take the audience back to the past centuries. That’s why, the Khiva Puppet Theater is so popular not only among the people in Uzbekistan, but it is also welcomed with enthusiasm by foreign audiences.